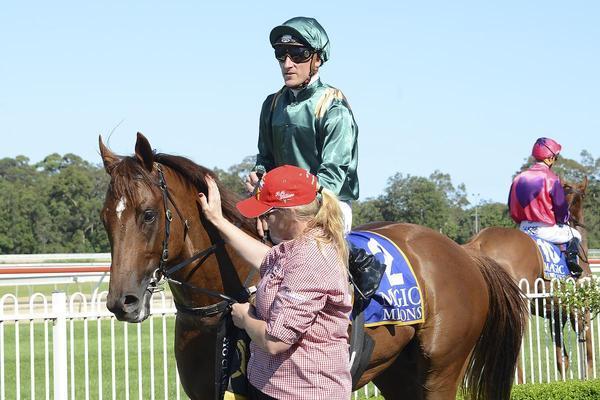 CAPITALIST Barrier 2 – Excellent draw by part-owner Fergus Doyle (who also named this colt on behalf of James Harron Bloodstock) which will allow him to settle in the race and give Blake plenty of options.

Couldn’t be happier with how Capitalist has come along so far; we think he’s pretty special.

NICCOLANCE Barrier 9 – Drawing anywhere inside the top nine is priceless for this race and that’s what owner Sandra Merritt did for us today.

I think Niccolance is the biggest danger to Capitalist and barrier nine gives Niccolance a top each way chance, especially with James McDonald aboard.

MOOSHAKISSA Barrier 18 – Drawn awkwardly but if the rain continues this part of the track could be the place to be by Saturday, so we still remain hopeful.

She’s a class filly and anything is possible, but Mark Zahra will need to be at his tactical best.

FLIPPANT Barrier 19 – Obviously drawn a touch awkward although the Guineas is over 1400 so it’s less of a mad scramble. Flippant has been targeted for this race all along, and can race either forward or back.

She’s come out of her Wyong Magic Millions win in terrific order and trained on lovely so we’re really looking forward to Saturday with her.

WE’RE SURE (1st emergency) Barrier 4 - We’ve taken a punt bringing him up here but if We’re Sure gets a birth by the time raceday rolls around he is a genuine knockout chance.

He’s come through the highest rated three-year-old race of the season so far and has genuine claims, especially coming out of barrier four.