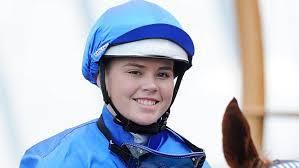 Star apprentice jockey Winona Costin judged a perfectly-timed run to score an exciting last to first victory aboard Yulong Ambition in the TAB.com.au Plate (1250m) at Canterbury on December 30.

The impressive three-year-old son of Rosemont Farm's Starspangledbanner sat quietly at the back of the field before pulling to the outside at the top of the home straight which saw the colt unleash an impressive turn of foot to nail early frontrunners Supply And Demand and Lighthouse on the line.

“That was a seriously impressive performance.

“Coming off a last start trial win on December 8, he’s always shown a lot of ability at home, but you need to see them do it on raceday and he certainly put a show on for us today,” said Paul Snowden.