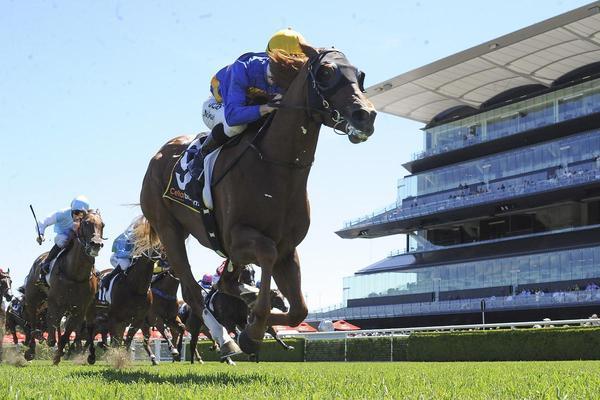 Snowden Racing ended 2015 with a winner and duly started the New Year with a winner when flashy chestnut Stravigo bolted away in the Cellarbrations Sprint (1100m) at Randwick.

Under the expert guidance of James McDonald, the good looking son of Stratum stalked race favourite Ultimate Shock for most part of the journey until McDonald unleashed the gelding just before the 200 metre mark for a powerful 2.8 length victory.

“It was a great ride by James to get over from that outside barrier and have him positioned comfortably one off the leader.

“He hit the line beautifully and just went through his gears with such ease which was extremely pleasing,” said Peter Snowden.

“There’s no better way to start off the New Year than with a winner!”

McDonald has now ridden Stravigo twice for two wins, and displays an overall 50 per cent winning strike rate with Snowden Racing, proving a lethal combination when riding outside of his Darley commitments.

At just his seventh career which features two wins and two minor placings, Stravigo has earned connections more than $100,000 who purchased the promising son out of Choisir mare Rovigo for $170,000 at the 2014 Magic Millions Gold Coast Yearling Sale.