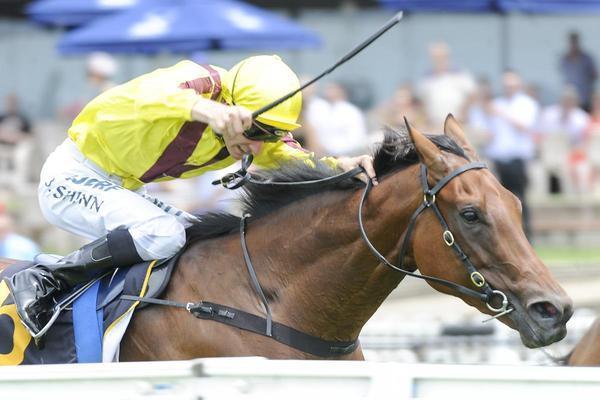 Gun Group 1 mare Miracles of Life provided immense enjoyment for American Barbara Banke’s Stonestreet Stables and while no comparisons are to be drawn with little “Barbie”, Kangarilla Joy is her next best hope of chasing Group glory.

The three year-old bay filly by Lonhro out of Midnight Joy, returned first up from a spell to the winners circle in the Schweppes Handicap (1100m) at Rosehill on January 2 but it wasn’t easy sailing.

Tearaway leader Miss Liffy provided early speed in the race which left Kangarilla Joy and the remaining field chasing a long way out.

‘’The way the race was run with a tearaway leader like that, Kangarilla Joy was the one to drag up the rest field up, and that’s not ideal especially for a horse who’s running first up,’’ said Peter Snowden.

‘’But she won, and Blake rode her confidently and I noticed a lot more improvement in her so that’s a good thing

Shinn believes the fact Kangarilla Joy was able to win despite being exposed early at the 400 metre mark speaks volumes of her ability.

‘’I had to chase a lot earlier than I expected but we came out of the speed battle and she beat a really promising horse in the top weight and she did it the tough way.

‘’She’s only going to improve and has a bright future,” enthused Shinn.

Kangarilla Joy’s preparation will be targeted for the Group 2 Light Fingers Stakes (1200m) at Randwick on February 13.

’To have her rock solid on February 13 is the plan.

‘’It is a Group 2 race and the better fillies will be there but she will have fitness on her side and will take good benefit from today’s run.”

Kangarilla Joy, who will likely have one more run in another restricted race before the Light Fingers, provided the first of a winning double for Snowden Racing at Randwick with long shot Great Esteem and Kerrin McEvoy saluting in race 8.

Great Esteem’s victory also cemented winner number five on a memorable day for the stable in addtion to a treble at Kembla Grange.