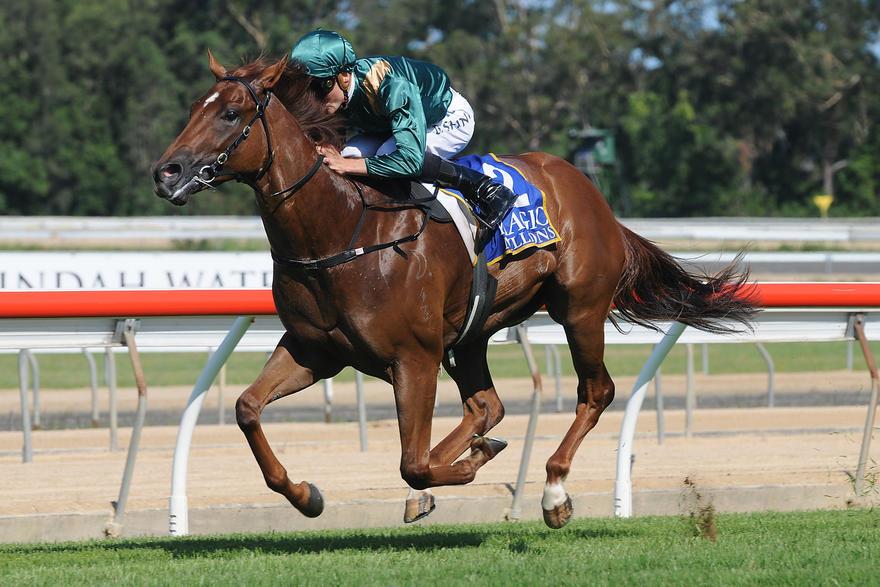 Boom two-year-old Capitalist blew rivals away with a scintillating performance in the $200,000 Wyong Magic Millions (1100m) while breaking the race record (1:03.23), set by Unencumbered in 2013.

The talented colt who’s now won two from two, jumped well and settle throughout the run for Blake Shinn before peeling three-wide at the top of the straight for an easy 2.8 length victory ahead of promising stablemate Niccolance and Aghna.

Shinn, who hardly moved on the James Harron-Newgate Farm-owned colt was quick to praise the youngsters efforts.

“He has the x factor and is all class.

“He has a great attitude and a great action and I’m looking forward to the Gold Coast,” said Shinn.

The dominant win has made the son of Written Tycoon a short-priced favourite for the $2 million Magic Millions 2YO Classic (1200m) on the Gold Coast on January 9 and also tightened his grip on the 2016 Golden Slipper market.

“He had a perfect run and did everything right; it was a professional win alright,” added Peter Snowden.

“He's got great constitution, eats really well and his best attribute is he knows exactly what to do on game day. He knows how to quicken, knows how to relax and he races like he is a veteran but he has only had two starts so we need to be mindful of that.”

While Capitalist was never in danger of being beaten at Wyong, Snowden was also very happy with stablemate and runner-up Niccolance, who's only recently joined the stable.

“He still needs to mature and furnish out a bit but Niccolance has a lot of upside at this point and his connections are thrilled with where he is at the moment.”

All going well Snowden Racing could have up to four runners in Queensland’s richest juvenile race with Niccolance, Detective, and Mooshakisssa potentially joining Capitalist, while Wyong Magic Millions 3YO & 4YO race winner Flippant, is likely to fly the stable flag in the Magic Millions Guineas over 1400m.