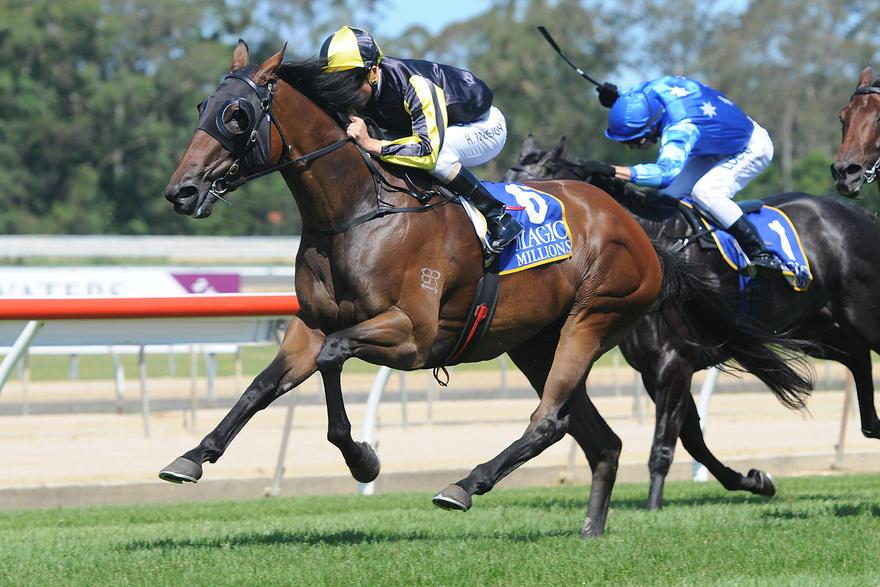 Yarraman Park-owned filly Flippant outgunned opponents in the $100,000 Wyong Magic Millions Classic for 3&4 year-olds (1200m) on December 17, securing herself a trip to the Gold Coast for the Magic Millions Guineas over 1400m on January 9.

The three-quarter sister to champion mare Atlantic Jewel who’s now four wins and one second from just seven career starts, returned to the winners’ circle from a below par performance in her previous start in Listed Brian Crowley on October 17 where she tailed off last, but was found to have suffered cardiac arrhythmia – otherwise known as thumps.

The daughter of promising sire Hinchinbrook out of Lady Beckworth enjoyed a lovely mid-field run with cover off a hot speed before unleashing in the straight to get the better of Egyptian Symbol by 1.3 lengths.

“She’s a lovely type with a great pedigree from the Atlantic Jewel family, so it's very strong and she's well on the way to making a name for herself.

“It was great to see her win like that at Wyong because her run in the Brian Crowley was totally out of character as she’s been super honest every start,” explained Peter Snowden.

“We found the problem with her straight afterwards and haven’t looked back since thankfully.”

“The Magic Millions Guineas over 1400 looks perfect for her as she’ll relax really well but has a great turn of foot on the same account.”

Kerrin McEvoy who partnered Flippant in two previous trials before her Wyong Magic Millions victory was full of praise for the powerhouse three-year-old.

“She’s building up a nice record and her trial showed she’s back in good form,” McEvoy said.

“She goes to the Gold Coast now and has every chance up there.”