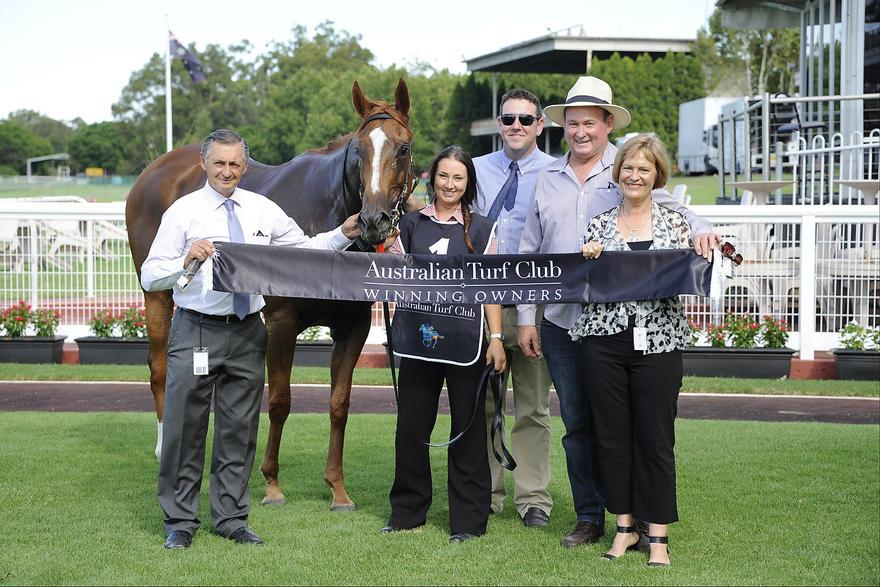 Talented four-year-old mare Extensible returned to the winners’ enclosure first up from a spell in the $40,000 Cellarbrations Handicap (1300m) at Warwick Farm on January 20.

The striking daughter of Exceed And Excel, out of Sinndar-mare Kerimba stretched out under a big weight (61 kilos) for champion jockey Hugh Bowman to hold off a fast finishing Champawi by a head.

Peter Snowden was on hand to see the promising mare make it two wins from just four starts and feels she’s more than capable of reaching stakes winning form.

“She’s only lightly-raced because she had a bad joint injury which required time out, so credit must go to the owners John and Judy Kelly and Kia Ora Stud for being patient with her.

“There’s a lot of upside to this mare and the further she goes in distance the better she’ll be. She’s got a big long stride and has definitely thrown to the dam side so we’ll probably see her at her best beyond 1800 metres.

“We’ll step her up quickly now to either the mile or 1800; I think she can be a stakes winner.”

Leading jockey Hugh Bowman who recently returned from a riding stint in Japan, was also impressed with the victory. “The pace was strong and she struggled to keep in touch but she showed her flighting qualities today under a big weight.”