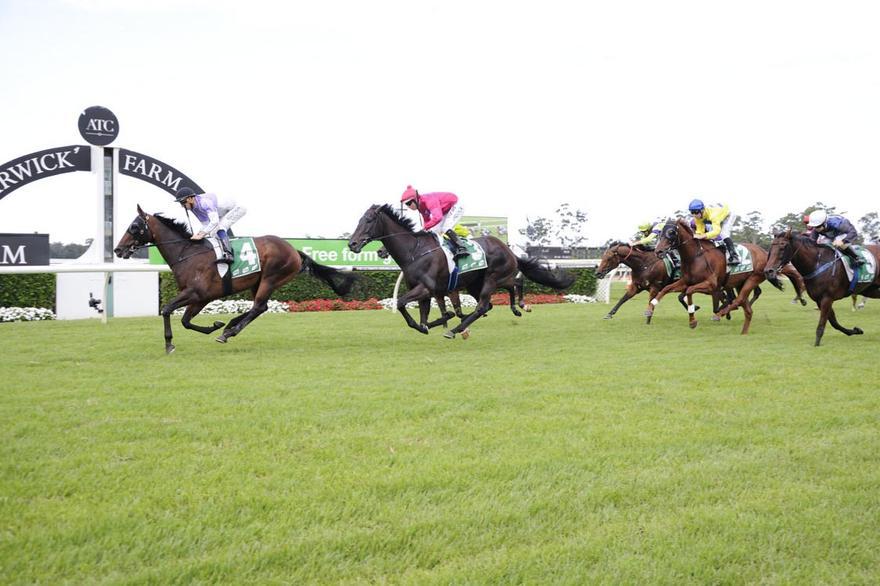 Snowden Racing and Hugh Bowman combined to notch up a double at Warwick Farm when snaring the last race of the day, the TAB.com.au Winning Handicap (1600m) with Tower Of Son on January 20.

A relation to champion mare Sunline, (his mother Sun Song is out of a half-sister to Sunline), Tower Of Song enjoyed a lovely rails run a length or so behind the leading pack before Bowman peeled out to make a sustained run, sweeping to the front at the 250 metres.

The four-year-old son of Fastnet Rock held the rest at bay to record a length victory ahead of Sovereignaire, updating his career record to two wins, two seconds and a third from seven starts for owner Mr E J Lucas.

“We had a good opinion of him early and he’s always shown ability, but he’s just taken time to come to hand,” said Peter Snowden.

“He’s got talent and there’s no better form than winning form so we might look towards Brisbane.”

Bowman, who has spent time educating the gelding at home behind the scenes, said he’s still learning his craft but that there was a lot to like about him. “He’s still learning and has a lot more maturing to do but I’m hopeful he’ll get there.”