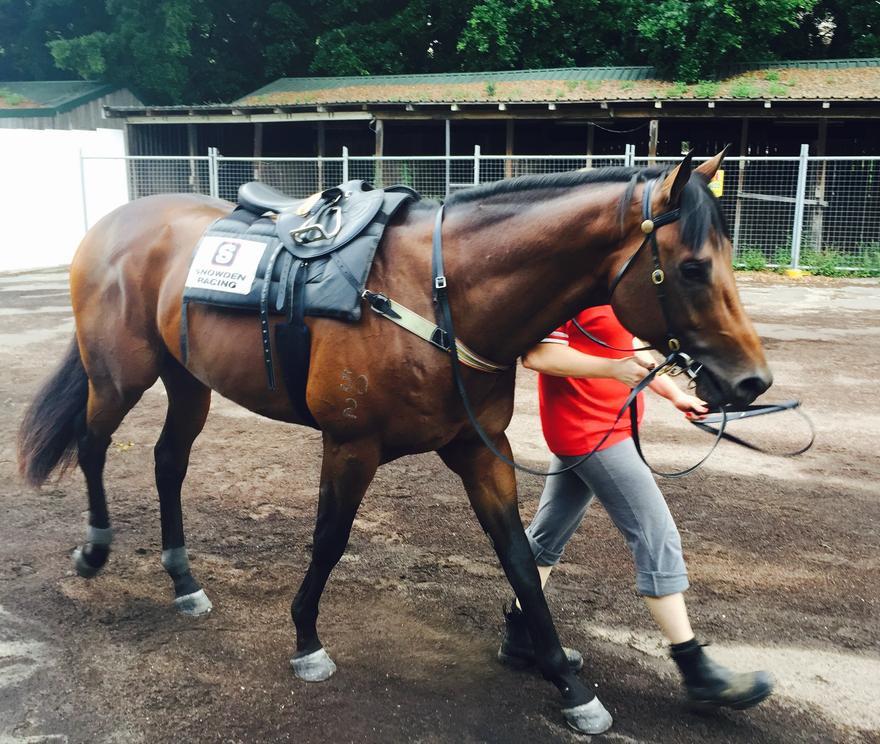 It’s been just over nine months since we last saw Group 1 champion Pride of Dubai compete on a racetrack and today, the talented son of Street Cry out of Al Anood made his long awaited return from injury.

Randwick Racecourse, the place which netted Pride of Dubai a second elite victory within four career starts, hosted barrier trials which ended in a win for the popular three-year-old, who beat Dark Eyes and 2015 Caulfield Guineas winner Press Statement in Heat 1 by a short margin.

Ridden by Brenton Avdulla, Pride of Dubai jumped extremely well and raced fresh on the pace for the entire journey to finish in 49.9 seconds over 830 metres.

“He obviously hasn’t raced in a long time so came out charging, but he’s very bright,” said Avdulla.

“He feels good, bright and well within himself.”

Peter Snowden will now look to trial the prized colt again in the near future with a view to returning to the races in February.

“He raced very fresh but it was a nice trial.

He’ll need one more trial to relax him a bit more,” explained Snowden.

“We’ll will continue to monitor him and hope he continues to come through this preparation in good order but so far so good.”