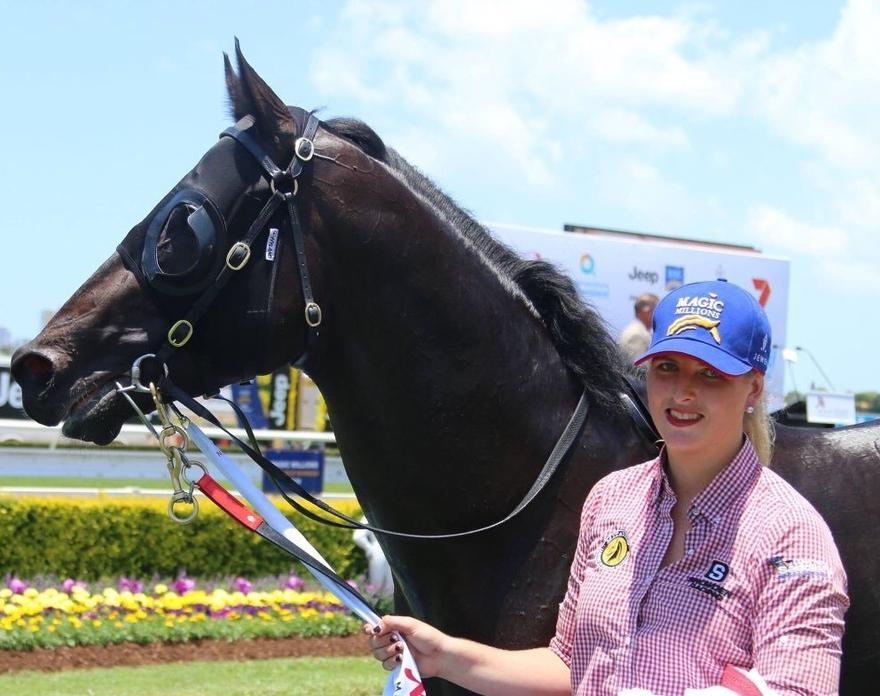 The $10 million Gold Coast Magic Millions Carnival started with a bang for Team Snowden as Wolf Cry broke through for a resounding win in the first, the $250,000 Marriot Surfers Paradise Magic Millions Maiden (1200m) on January 9.

The striking son of Street Cry out of Redoute’s Choice mare Starfish scored a dominant three length victory with Blake Shinn aboard in race-record time ahead of Havasay and Catch A Fire; however it wasn’t without drama.

The highly-fancied colt reared in the barriers and pulled off a shoe in the process, holding up the start for six minutes while he was reshod by the farrier, which gave co-trainer Peter Snowden a nervous wait.

"It was far from an ideal start having to be reshod before the race but all credit to the horse, he didn’t let it get to him and raced on perfectly to a strong win.

“We targeted this race three months ago as the money on offer was too good an opportunity to pass, so we waited a little longer to race him and it was worth the wait.”

The three-year-old had form around some of the best juveniles in the country including 2015 Golden Slipper winner Vancouver and Exosphere, going into the Magic Millions maiden so the pressure was on.

"Not many of these had raced against horses the calibre of Vancouver and Exosphere, so we’re happy he was able to control the race and get the job done the way he did.

“I think he will make a very good miler and with early fitness on his side he can now head towards some of the Autumn races now.”